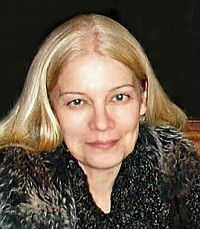 Interview with the artist on MSI .

EDUCATIONArt College of A.G. Venetsianov, RussiaPhotography College, RussiaShe moved to Moscow in 1991 engaging as a freelance photographer.Since1999 she lives in Spain.  She travelled through the country extensively, which gave her a powerful creative impulse.

https://www.saatchiart.com/marson.natashaThe result was a large collection of photos of medieval castles, which were the basis for her project "Enclosed space". As a photographer, she prefere use a medium format camera with  the slide film 6 x 7 cm to get the best reproduction of unique natural objects she capture in the lens. In 2011, her first solo exhibition "Enclosed Space" took place at the Museum of Soler Blasco in Javea,Spain, with positive public response.Since 2009 she also works with oil paints. She works intuitively, getting her inspiration from the beauty of the nature.

"My passion is creating atmospheric oil paintings that capturing the fleeting moments of light in nature and allowing for a connection to a deeper level of consciousness. My motivation is to share with the people my experiences, love for the arts and joy of existence".

A fragile array of layers of transparent colours flows over a group of rather small size cotton canvases. Mysterious images full of melancholic sentiment capture our attention. One by one, light oil colour coats create a singular environment where we are invited to traverse in an initiation visual tour. The delicacy of Natasha Marson's work suits well with her tender soul and slim body unless a powerful strength comes out from this finesse that is also reflected on her paintings. "Curfew" "Hiding Sun", "Salt Lake" Strong sensations that move us when visiting, by way of eyes, soul and memories, the appealing landscape series that she has under titled as "Country Walks".

Light is an essential element that Marson manages with care and dedication. "Moods", "Sunset", "Red Sky". Her lighting studies, diverse within every painting, intend emotive results that guide us not only through her artworks but also across our own inside. Subtle nuances gradually appear or vanish, rendering states of mind and suggesting stillness or tempest, quietness or thunder, intimacy and togetherness. A scarce amount of paint, well diluted in oil medium, runs time after time across the canvases, conforming incredible supple clouds and mist that fluently ascend the skies creating incredibly rich atmospheres. Depth is equally well accomplished when representing superposed mountains or geographic elements in landscape scenery to be interpreted by viewers.

"Country Walks" landscapes seem to lodge somehow their creator's character. "Nostalgia", "Eve". Natasha Marson is a hostess who, inhabiting her singular spaces, welcomes and guides us through her personal world and makes us cross her intentionally faded lines to ask us questions that she once asked herself.

As an artist, I am passionate about the atmospheric landscape painting.

All paintings,presented on website are available for purchase. Do not hesitate to contact me and I  will answer to all your questions about the painting,  you are interested.

Click to read more ...
Made with SimDif
Natasha Marson